A journey to Dignity Period

Freweini Mebrahtu has dedicated her life to helping girls stay in school. The pioneering business she opened in 2009 is now partnering with Dignity Period to extend its social impact in the Tigray region…

Freweini’s story begins with her first period. A story not too dissimilar from
every woman’s first period – feeling unsure and uncomfortable and staining her
clothes. Except, crucially, living in Ethiopia, she had been taught nothing
about her body.

Freweini thought she was ill and was told not to talk about it. That was over
30 years ago and, since then, nothing has changed. Girls remain silent, feeling
dirty, and using rags or even leaves to line their underwear, often having to
squat over holes until the bleeding stops. More damagingly, they can be hounded
out of schools and left too embarrassed to return.

Freweini was lucky. Despite coming from a rural village her father valued education and worked hard for her to be educated in America. She could have stayed and lived a comfortable life there. But with every monthly period she thought of her home country and the girls she left behind. Freweini knew she had to return and do something to help. To her, affordable, reusable and environmentally friendly pads were the best way to help Ethiopian girls manage their periods.

For two years she struggled to finance her plans, the men at
the banks found it hard to believe in a sanitary pad business – something they
hadn’t seen before. But Freweini was persistent. She argued her case and
finally someone was willing to take a risk.

Living and learning with dignity

In 2014, Freweini joined forces with Dignity Period. Dignity Period go
into schools across the Tigray and Afar regions teaching both girls and boys
about menstruation. Together, they scaled up production with the aim to provide
every girl with a free pack so they can continue their education with dignity
and without fear.

Fast forward to 2019 and, thanks to supporters like you,
we’ve reached over 145,000 girls. The project now plans to expand to reach more
remote schools. It won’t be easy.

These schools are in remote villages – only accessible on foot – and are
desperately poor communities. But Ethiopiaid is determined to overcome these
barriers to help keep more girls in school.

Many girls never return to school. 14-year-old Frah tells
her story – an all-too-common one in the region: “I was in school the first
time… I didn’t know what was happening and I stained my dress – everyone stared
at me and the boys started to tease me. I felt like I had done something bad. I
was so embarrassed I ran straight home, but the boys followed me and started
shouting and taunting.”

We know that a sanitary pack can mean the difference between a young girl
having an education and a bright future or being destined to an early marriage
and child pregnancy – unable to escape the cycle of poverty.

Girls are the key to change in nations such as Ethiopia. You
can help ensure that future. 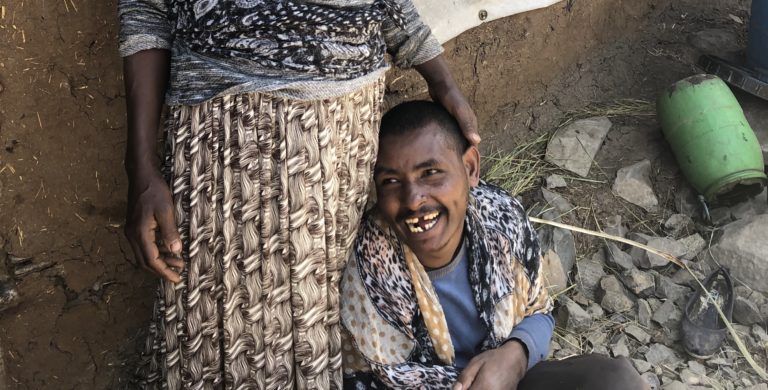 32 year old Solomon has multiple disabilities and lives at home with his mother, Atsede. His clean and carefully decorated home is located down a

An ambassador for skilled midwives 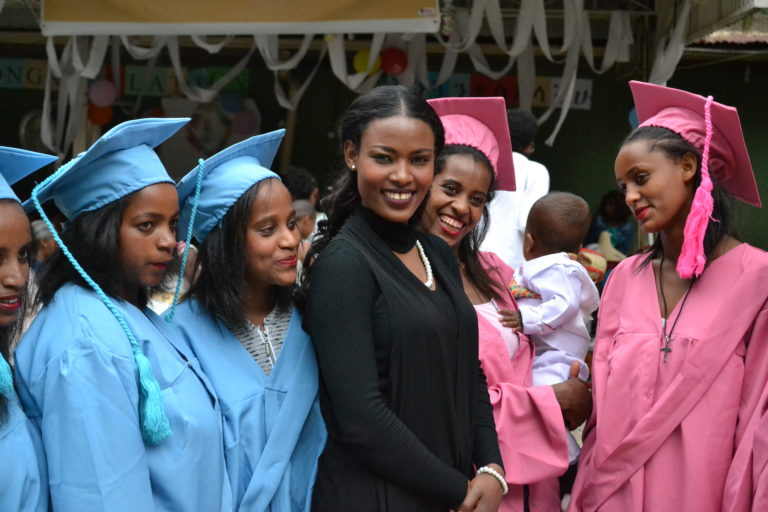 Hope College of Business, Science & Technology opened up life-changing opportunities for Ayantu, and she hasn’t looked back… “After graduation, Ayantu plans to become a 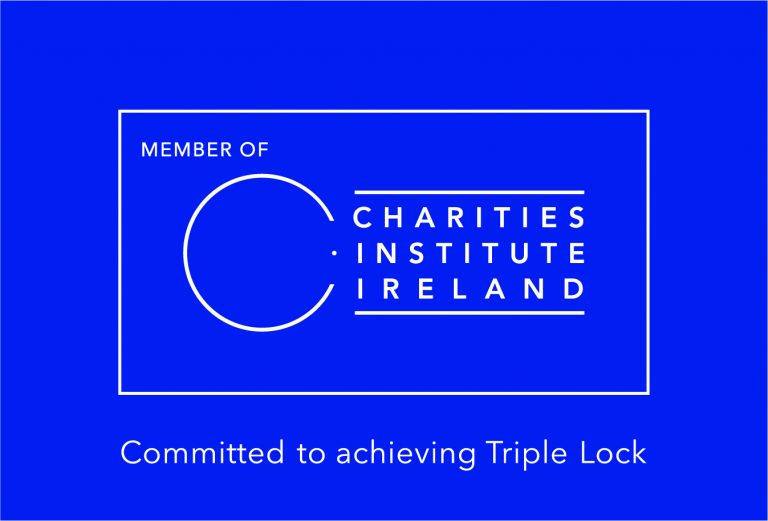